The Revival Of Red at the Met Gala

Lea Michele Chose Escada for Her Gown Down The Met

The “Oscars of the East,” as The Met Gala has been nicknamed, celebrates the annual opening of the Metropolitan Museum’s fashion exhibit at the Costume Institute. The red carpet is supposedly the world’s best carpet event. The Met has been held annually since 1948 and each year it exhibits some new trends which the fashion world religiously follows. This year saw the onset or perhaps the revival of the color red. The color symbolizes attitude, passion, and elegance, and that is why it can be experimented by Vivienne Westwood and Balenciaga at the same time.  The experimental red trend of 20s and 40s is back for all.

Check out all the different ways celebs wore red at the Met below: 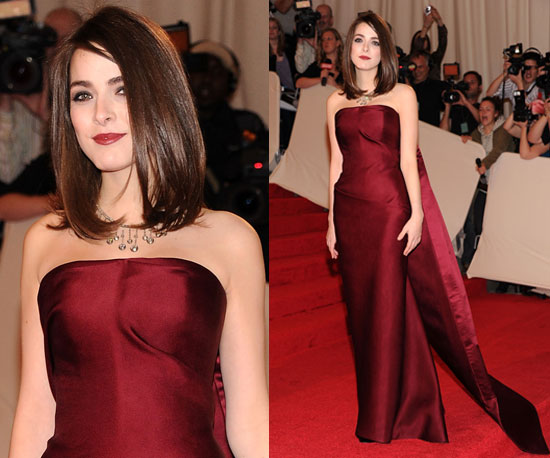 Kristen Stewart wore a Proenza Schouler gown at the event

Gisele Wore Honored Alexander McQueen in One of His Gowns

There’s always the debate about which event is more glamorous — The Met Gala or The Oscars.  Personally, I think The Met Gala embodies panache more than the Oscars.