The Horrors Change It Up With ‘Still Life’ 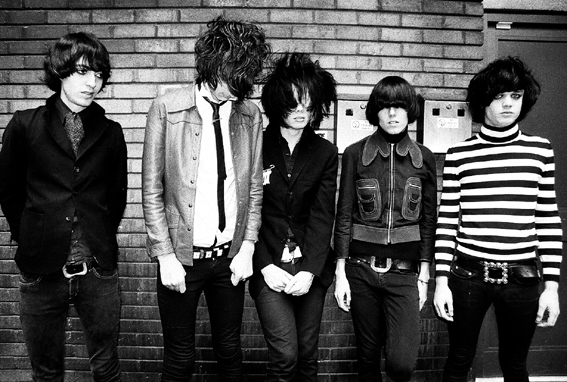 At first sight, The Horrors appear to be a stand-in for punk garage rockers posing for a back issue of NME magazine. With a quick listen, you will see that their current sound reflects much less of that grunge outlook. The band, originating from Southend, England in 2005, are simply aficionados for 60′s garage rock and New Wave music and are ready to release their third album, Skying.

The Horrors, who have evolved their style immensely with each new record, now having lost the terrifying edge from their debut Strange House and shaken off a bit of the trance rock exuding pop that came from Primary Colours. This time around, they seem to have molded into a The Cure-meets-Joy Division sound for Skying, set for shelves this July 26th 2011.

The first single, “Still Life,” along with the video (which frankly isn’t much) debuted last week on Zane Lowe’s BBC Radio 1 show as “The Hottest Record in the World.”  See if it stands up to the title by listening below!

Tags: BBC 1 Radio, garage rock, new sound, NME, Primary Colours, Skying, Still Life, Strange House, The Horrors, XL Recordings, Zane Lowe
You can follow any responses to this entry through the RSS 2.0 feed. You can leave a response, or trackback from your own site.
« LeAnn Rimes Attacked Over Scary-Skinny Bod
Renee Turns Fashion Into a Good Cause »