Snooki Leaves Shore House to Take Care of Her Baby 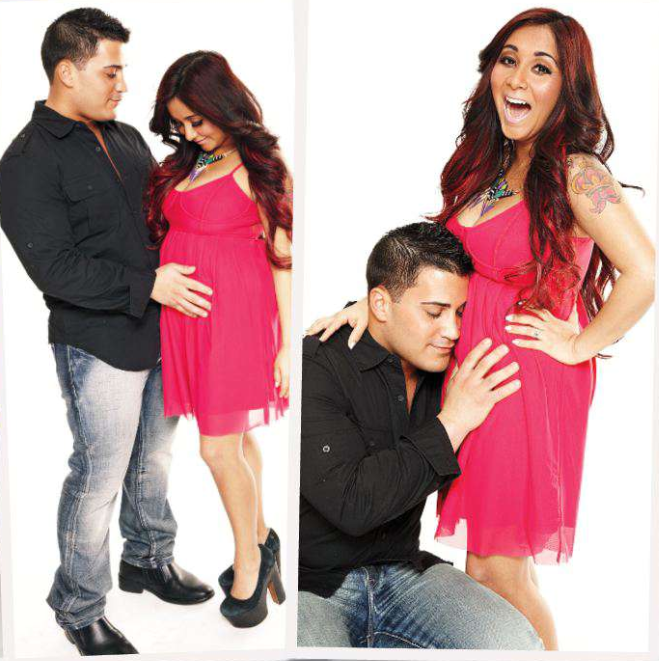 When Snooki announced in February that she was knocked up by fiancé Jionni LaValle, many Americans wondered how this guidette, used to tanning by day and clubbing by night, would raise a baby (Toddlers & Tiaras anyone?). But this bronzed beach girl is taking a “responsible” step by announcing that she will not be joining the cast of Jersey Shore in the shore house for Season 6; instead, she will be shacking up in a place nearby.

A source who spoke to TMZ stated, “The mama-to-be is taking her pregnancy very seriously, choosing to live NEAR the “Shore” house rather than IN it because it’s not worth it to be surrounded by boozy, loud roommates while pregnant.” Yet, one might wonder how even filming Season 6 of Jersey Shore is responsible at all because it’s scheduled so near her due date.

It looks like there will be a lot of big changes happening at the shore this season. Mike “The Situation” Sorrentino had a recent stint in rehab, and, according to The Inquisitr, is now reportedly sober. Does this mean that the “GTL,” clubbing, and “smushing” lifestyle has come to an end for our beloved Jerseyhousemates?

Snooki will not be living with her fellow castmates. Photo Credit: Ian Spanier Photography

According to TMZ, 495 Productions, the producers of Jersey Shore, are looking to phase Snooki and Situation out of the limelight in order to search for new talent. It would look appalling to even the most outrageous fans if Snooki left her baby at home, or worse, brought an infant with her to the shore house to continue her renegade escapades for which she has become a household name. Although 495 Productions has given no official comment, this could potentially mean new cast mates for Jersey Shore this season.

Tags: Jersey Shore, Snooki
You can follow any responses to this entry through the RSS 2.0 feed. You can leave a response, or trackback from your own site.
« Phillip Lim Opens London Store
New Dark Knight Rises Posters Released »