If you happen to be in Spain this coming May, you are in for an amazing musical treat. The San Miguel Primera Sound Festival 2011 will be in full force from May 25th-28th.

I’m just going to put it out there that I think  the San Miguel Primavera Sound Festival in Barcelona has the best lineup of artists since Treasure Island circa 2009.  Here are a few artists to keep an eye out for: 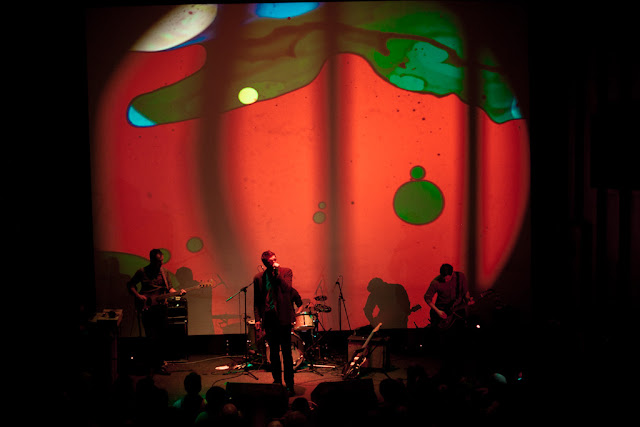 The Walkmen Performing at Manchester's Central Methodist Church in January

The Walkmen are currently riding the high of their latest album, Lisbon, and are set to come to Barcelona in full force. With amazing song like “Angela Surf City” and the title track “Lisbon” on the set-list (hopefully!) they should really rock the festival. If you can’t make the flight abroad to see them, check out their North American tour with The New Pornographers when it kicks off this April.

Sufjan Stevens Gets Wild During a Dance Set Last Year

It should also be exciting to see the quirky, dance-trance set that Sufjan Stevens has planned for this event. For the last couple of months, videos and reports of his new shows have littered the web with his crazy antics, and hopefully he brings the same energy abroad!

Fleet Foxes have not been around for too long but have a rapidly growing fan base since they released their self-titled debut album in 2008.  Rolling Stone even placed it as #47 on their list of 100 Best Albums of the Decade.  Their newest album, Helplessness Blues, is set to be released May 3rd, 2011, assuring that they will be probably playing a decent mix of their past and new songs at the Spanish festival.

If none of these artists are exciting you for the festival, there are many more performing artists to choose from, including Interpol, The Tallest Man on Earth, Mogwai, Avi Buffalo, and much more.  Tickets are on sale now for 170 Euro.

Will you be attending the 2011 San Miguel Primavera Sound Festival? What is the best music festival you have ever been to? Leave your comments below!

SAN MIGUEL PRIMAVERA SOUND 2011 may have the best lineup of any festival I have seen since Treasure Island circa 2009.That’s look over a few of the great artists who will be gracing the of Barcelona.

Tags: 2011, Avi Buffalo, Barcelona, diverse, Europe, Fleet Foxes, Interpol, Mogwai, music festival, sale now, San Primavera Sound Festival, Sufjan Stevens, The Tallest Man on Earth, The Walkmen
You can follow any responses to this entry through the RSS 2.0 feed. You can leave a response, or trackback from your own site.
« You Know Who It Is: A Look Into the Rise of Wiz Khalifa
Oscar TV Spots Highlight Franco & Hathaway’s Humor »