For Twi-Hards who are getting tired of watching reruns of “True Blood,” the wait is almost over, Breaking Dawn: Part 2, the final installment in Stephanie Meyer’s Twilight  saga, is set to premiere November 18, 2012. Teaser trailers and behind the scenes sneak peeks are keeping fans on edge, but what’s really causing commotion is the littlest Cullen, Renesmee, Mackenzie Foy, 11; Edward and Bella’s “miracle” baby, that defied the odds and brought forth a new breed of vampire/human hybrid. But who is Mackenzie Foy, who landed the role sought out by millions of little girls across the globe? 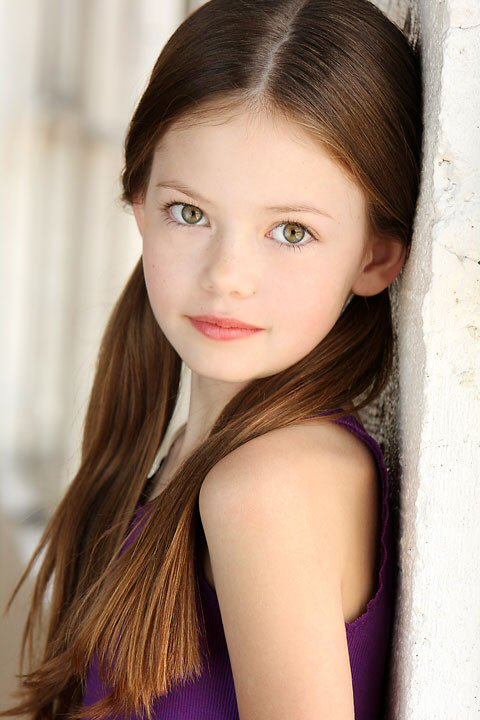 Mackenzie Foy began her career at the age of 4. She started out as a model and landed jobs with big name companies such as Polo Ralph Lauren, Guess Kids and the Walt Disney Company. From modeling came commercials, and she appeared in every ad from Blackberry to Burger King.

Her first acting role was on a television show called, “‘Til Death” and from there she made cameo appearances in “Hawaii Five-O” and “Flash Forward“. Recently, she has been cast as the lead in kids’ horror writer, R.L. Stine’s, The Haunting Hour and completed the filming of two indie films, Plastic Jesus and The Warren Files. With quite the impressive resume under her belt, it is no surprise this fresh face made an appearance at the Breaking Dawn auditions.

“[Foy is] a great actress. She’s really sweet,” stated Robert Pattinson in an interview with MTV. “She has to do a hard part as well, because she’s doing — I don’t want to get into special-effects stuff — but she’s playing a baby in some scenes. Oh, man, some of the stuff is so strange. I mean, we’ve done very strange things on the ‘Breaking Dawn’ shoot.”

Pattinson continued to joke that Foy had made a serious amount of money off of them on set, who received  payment any time someone said a curse word.

“I do it by accident, and especially Kristen does it by accident, because she’ll apologize with a swear [word]. She’s like, ‘Oh sh–! Ugh!’ She can’t stop doing it for about 15 minutes, and [Mackenzie] just waits there [with her hand out].”

Foy is professional, extremely well spoken in interviews and confident in her capabilities as an actress. In an interview with Access Hollywood, in reference to her costars she states, “They are really sweet people and I love working with them.”

No doubt Mackenzie Foy will be able to transition from her childhood roles into a well established Hollywood star. Look for Foy in her indie roles in Plastic Jesus and The Warren Files and of course as Renesmee in the last of the Twilight saga: Breaking Dawn: Part 2.

You can follow any responses to this entry through the RSS 2.0 feed. You can leave a response, or trackback from your own site.
« The Potential of a Destiny’s Child Reunion
Themes & Trends from Fall 2012 Fashion Campaigns »