January Jones Does Versace, and Does It Well

January Jones has come a long way since her days spent frolicking half-nude in those steamy Abercrombie & Fitch photo-shoots. Well, kind of.

She’s still half-nude (entirely nude actually, save shades, stilettos and a purse) but this time, it’s for Donatella.

“I am always on the lookout for the next Versace blonde. […] and in January I feel I have found a perfect Versace woman for the 21st century,” Ms. Versace, herself, told fashion mag Women’s Wear Daily in a press release. 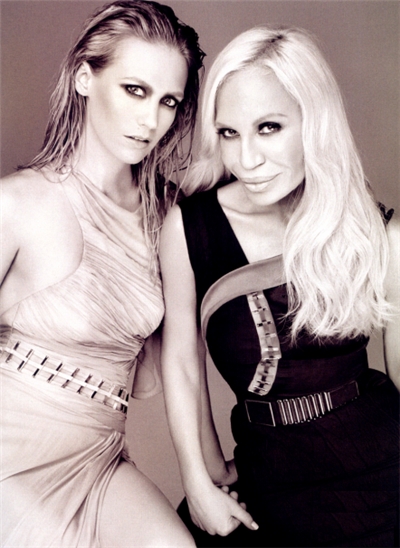 She glowingly continued that Jones is not only “chic and elegant but deeply sensual too”, saying that “it is a ‘dramatic’ combination.”

January Jones became TV’s next veritable beauty playing the always well-mannered Betty Draper on AMC’s Mad Men but the actress puts herself on full display, except for a mischievous little hand bag in the black and white ads shot in London by the famed Mario Testino. He happens to be the same photographer who recently shot Prince William and Kate Middleton’s engagement portraits, and was a favorite of the late Princess Diana.

The entire photo-series was, of course, done under the creative direction of Donatella Versace and is set to be released in coordination with the labels Spring/Summer 2011 campaign.