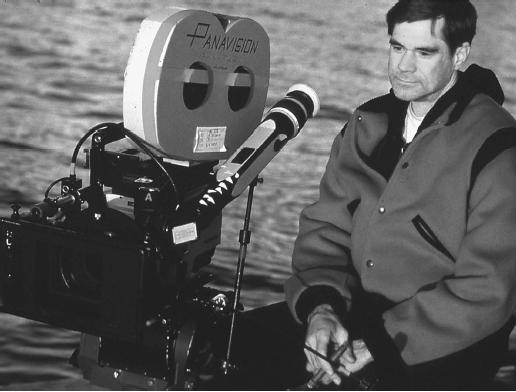 Director Gus Van Sant, who has been nominated for two Oscars for his acclaimed films “Milk” and “Good Will Hunting,” recently opened up about his failed audition to direct the last two installments of the “Twilight” series, “Breaking Dawn.” The part, which eventually went to Bill Condon, required a pitch to 15 people that Van Sant says he just wasn’t ready for.

“They’re used to like a 40-minute dissertation with perhaps visual aids and a pep talk,” said Van Sant, who hasn’t had to go through the process since “maybe 1988 or ’87.” He admits that he was unprepared, since at his caliber of repute, he usually just gets hired on the spot. The movie’s producers, even with an endorsement by star Robert Pattinson, decided to pass on Van Sant.

All is of course not lost, though; this interview with MTV was done at the annual Cannes Film Festival, where Van Sant is presenting his film “Restless”, starring up-and-coming actress Mia Wasikowska. The film, incidentally, has been compared to a “vampire-less ‘Twilight’.”

It may be surprising that Gus Van Sant had been interested in the “Twilight” series; his work in the past has never dealt with fantasy or stories with huge fan followings, since his “Psycho” remake, but “Twilight” does seem like it would have been a good way for him to venture into epics and sagas. While vampires and werewolves may not be familiar subject matter for Van Sant, teen relationships and coming-of-age stories (like that of Bella and Edward’s in “Twilight”) in intimate settings have been his specialty over the years. In his two indie hits “Elephant” and “Paranoid Park,” he even cast unknown actors to explore the psyches of small-town teenagers.

But, while I am a huge fan of Van Sant, I am glad that he is attached to projects other than the famous series. Others and I follow his work because of his quiet, understated style and not his ability to get fans into a frenzy. Stateside, everyone is still waiting to see “Restless,” which also features Henry Hopper (son of the late Dennis Hopper), but until it is released, we can also look forward to Van Sant’s television show, “Boss,” starring Kelsey Grammer of “Frasier.” That’s a new venture from Van Sant that I am excited for.

Tags: Breaking Dawn, film, Gus Van Sant, movie, Twilight
You can follow any responses to this entry through the RSS 2.0 feed. You can leave a response, or trackback from your own site.
« The Real Pirates of the Caribbean
James Franco Set to Star in Cherry »