Individuals around the globe, regardless of gender, ethnicity, or socioeconomic background, are familiar with hip hop music. Like many other musical genres, hip hop is a complex world that has bred a very distinct culture, and has influenced other musical movements and cultures around the world.

While there are many facets to hip hop, there is no doubt that it is pervasive, and Ashley Judd has recently decided to publicly critique that influence.

In her new memoir, All That Is Bitter & Sweet, Judd recounts painful childhood memories of abuse, neglect, and molestation. In one particular paragraph, she criticizes hip hop, rap, and the negative images and messages that are tied to those music genres and cultures, saying they are “the contemporary soundtrack of misogyny.” Heavy stuff. 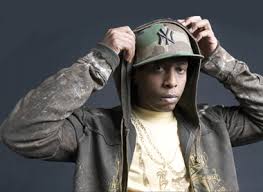 Talib Kweli, the talented hip hop artist and one half of Black Star, did not take Judd’s comment too lightly. In a a series of tweets, Kweli, calmly and laconically responded to her critique, “Ashley Judd is painting hip hop  (sic) w broad strokes. Someone as educated as her should know better. Too much school, not enough education.”

This was followed by, “Judd has a right to her opinion. But just becuase you have an opinion does not make it a valid one” and “In 2011, (sic) u can go online and find geekhop, hipsterhop, undergroundhiphop, gangstahiphop, every kind. No excuse.”

Kweli is correct. Judd did paint hip hop with broad strokes, but him saying that her opinion is not valid is questionable. While she was addressing the stereotypes that rap and hip hop are known for, she is not necessarily wrong for pointing them out. In an interview with Russell Simmons, Ashley responds to the situation,

“There are elements, and that is the part that has been so distorted…what I’m being accused of is condemning rap and hip-hop as a whole, and the whole community and when they say community, they mean the fans, and African-Americans, it’s become so generalized. My intention was to take a stand to say the elements that are misogynistic and treat girls and women in a hyper-sexualized way are inappropriate. The male dominance that is displayed, and the reinforcement of girls’ and women value and identify as primarily sexual, is not helpful in any artistic expression, in any cultural form, whether its country music or in television story lines.  And if they read amore than one paragraph in the book, they would see that all four hundred pages are about that!  We do live in a worldwide culture in which the sexual interests of boys and men are privileged over the bodily integrity and sexual autonomy of girls and women.”

It seems as though both Kweli and Judd have a point. Judd is trying to draw attention to ineqaulities, specifically gender and sexuality, and is choosing a ubiquitous culture as the stage of her critique. Kweli, in turn, is trying to say that the music that he promotes is multifaceted, rather than one-dimensional, and that just because these certain stereotypes exist does not mean that they represent their entire culture (check out Blue Scholars and Dead Prez for excellent examples).

It would be interesting to see how these two figures would interact in person. It does not seem like they have opposing beliefs, they just happen to be different. I’m sure that if they came into contact, they could actually learn from each other.