There are 3 Christmas movies that I love to watch around Christmas time. If I am not watching them, I must have them playing while I am preparing for the holidays.

1. Home Alone- This movie features a little boy named Kevin, played by Macaulay Culkin who is accidentally left home alone.  The 8 year old feeds, bathes, and clothes himself successfully. However, his basic necessities are not his only concerns. I think that the funniest parts in the movie are when he battles against thieves,  “Harry” and “Marv.” Caulkin’s character is clever and sly.  Harry and Marv’s encounter with the boobie traps crack me up every time.  After all the drama, Kevin still manages to have a “Merry Christmas.”

2. “A Christmas Story”-  I love this movie! In a “A Christmas Story,” 9-year-old boy named Ralphi shares his adventures as a kid. He is stuck on wanting a BB gun. All the adults in his life advises against it saying, “You’ll shoot your eye out kid.” Some of the funniest moments includes the times where his dad curses. But, it only appears that he is mumbling loudly to the audience. Moments like when Ralphie’s brother wears a homemade snowsuit and cannot put his arms up cracks me up and makes me remember parallels in my own elementary school days.  “A Christmas Story”will have you laughing and reliving your childhood. 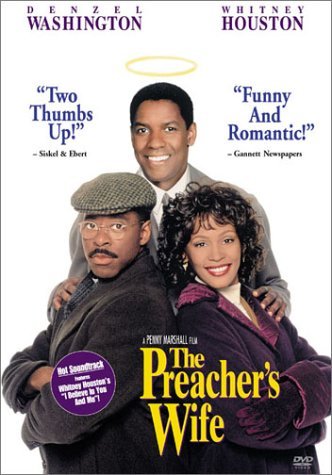 3.  “The Preacher’s Wife“- This movie features the late great Whitney Houston and Denzel Washington.  Houston plays a character named  Julia whose marriage is in trouble. Her husband Henry is a pastor who is heavily involved in his church duties and neglects his marriage. Denzel Washington’s character, Dudley, is an angel who attempts to bring Julia and Henry back together, but he begins to fall for Julia. The cast, which also includes Jennifer Lewis and Loretta Devine makes the movie funny. Washington’s witty exchanges with the  women in the film will make you laugh.

The thing that I love most about this film is the gospel soundtrack that features Whitney Houston, her mother Cissy Houston, The Georgia Mass Choir and others.  Houston’s rendition of “Joy to the World” is a breath of fresh air.  Songs like “Hold On, Help Is On the Way” and “Somebody Bigger” give you a warm and comforting feeling. I tend to sing a long while the movie is playing.

Tags: A Christmas Story, Christmas movies, Denzel Washington, gospel, Home Alone, joy to the world, Macaulay Culkin, soundtrack, Whitney Houston
You can follow any responses to this entry through the RSS 2.0 feed. Both comments and pings are currently closed.